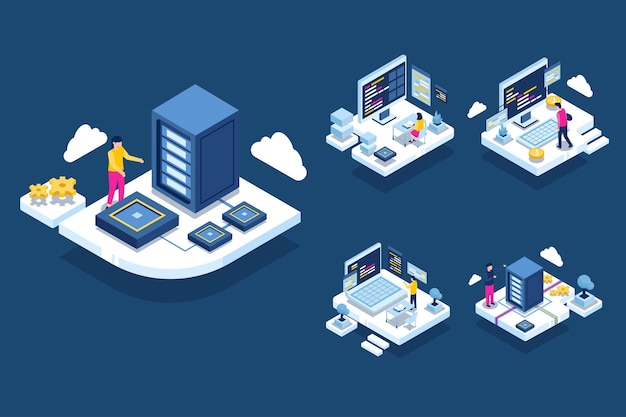 If you’re working in the field of development you may have heard of MongoDB – in fact, you might even be an avid user. According to statistics from WebTechSurvey, MongoDB is being used by more than 17,906 websites, gaining a market position of seventh out of thousands of database providers. Moreover, MongoDB ranks second in a survey of the most-wanted database skills, with 17.89% stating that they aren’t developing with it, but want to. That said, we’ll be delving into what MongoDB is, and why it has grown in popularity in the past decade.

MongoDB is a cross-platform, open-source database for storing and managing data. It is written in C++, JavaScript, Ruby, Python, and a variety of other languages, giving developers the freedom to choose. The database stores data in the form of JSON-like documents with dynamic schemas that can change over time. This data can be stored in large amounts across distributed systems and servers. Overall, it provides reliability, high performance, and scalability – at a low cost, at that.

MongoDB’s data platform allows vendors and developers to address the flood of data that often overwhelms organizations. As a data platform that uses cloud-native data warehouses, terabytes of data can be handled cheap and fast. MongoDB essentially combines scalable and modern technologies to deliver an enterprise’s data needs. Currently, over 94% of enterprises prefer using a cloud database – of course, these benefits also depend on the type of database you are implementing.

Getting the hang of MongoDB is easier than you think. MongoDB’s Atlas services come with a small-scale development environment for free, which is a great option because free clusters never expire and provides users access to a subset of Atlas tools and features. Atlas also performs well on top providers like Microsoft Azure, Amazon Web Services (AWS), and Google Cloud Platform (GCP). There are also development lessons by Microsoft, tutorials, and other resources online that you can utilize.

MongoDB Realm, on the other hand, is a similar NoSQL database that provides an interface for programming with JavaScript. Its design was heavily influenced by the requirements of mobile applications, which often have high latency and unreliable connectivity. JQuery also works well with Realm, and its use is even encouraged in plenty of MongoDB’s tutorials. Overall, it supports the use of indexes to query data faster, rich queries to filter or project subsets of the data set, and indexing on arrays.

Aside from these two which are the most used, MongoDB offers tools such as Shell, Compass, Command Line Interface (CLI), which work to quickly connect and configure settings, explore and manipulate your database, and of course, test, script, and execute other actions seamlessly from a single provider. Moreover, these tools can help effectively automate repetitive tasks that can still be vital to many development processes. Even remote teams will be able to enjoy the many benefits that MongoDB tools provide.